Engine sheds converted into a hotel in Lund

At the start of the 20th century, beautiful steam trains carried visitors from Lund to Bjärred for relaxation and recreation. In the Engine Sheds in Lund, the locomotives were able to rest and receive proper care and attention after a long, hot day at work. Today, you can go for relaxation and recreation in the very same place at The More Hotel. The steam from the engines is long gone, but the solid beams and large transom windows remain, providing a luxurious ambience that is hard to beat. This is the story of how the Engine Sheds in Lund turned into what they are today. 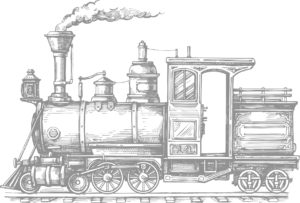 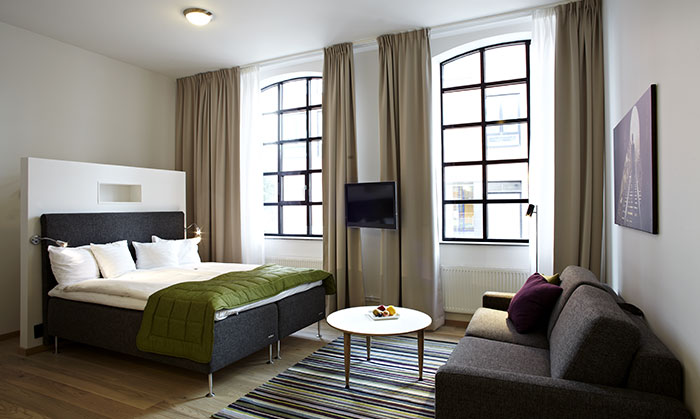 Our hotel in Lund was opened on the 8 of August in 2012. The Hotel is 10 minutes from Mårtenstorget and has 33 studios, a gym and conference rooms.

The property used to be old engine sheds and was build in 1906 as a service station for locomotive. In 2012 The More Hotel Lund was finished but you will still see clear traces of the old engine sheds. In the restaurant for example, you will find two huge vaulted window were the old locomotives used to ran out. 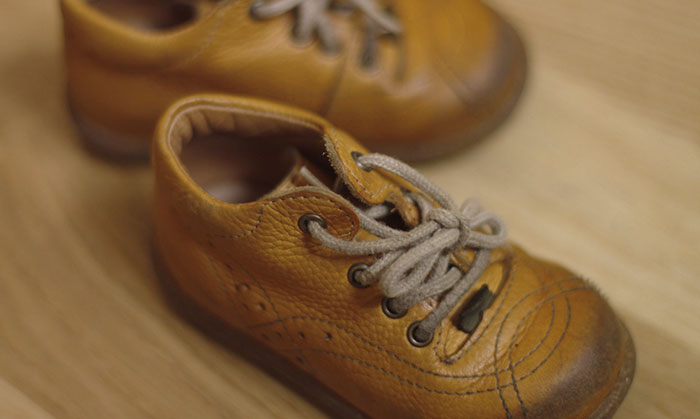 We created The More Hotel with the idea that we would be a little different than most hotels. We wanted to create a feeling of our guests' second home. Our goal is to create solutions to the problems that may arise while on the move. 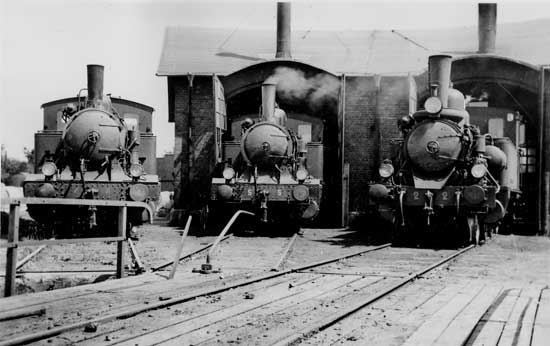 We take care of our customers as well as our staff. Everybody performs an important part of the service we want to provide you. Everything from making the bed with freshly washed sheets, displaying the breakfast buffet, to the route guidance of the front desk and the serving of a delicious dinner in the evening. If the staff thrive then our guests will also be happy.

Come and say hi next time you're in the area!

The Engine Sheds were built in 1906. The sheds were essential for the operation of the railway between Harlösa, Hardeberga, Lund and Bjärred. Taking the train to the beach in Bjärred was very popular in an age when healthy pursuits and spas were fashionable. On a Sunday in July 1908, as many as 6,500 bathers could be travelling to Bjärred from Lund. This put the steam engines under a lot of strain and they had to be taken care of so they could work hard every day.

Over time, people’s interest in going on bathing trips by train waned, and in 1939 the service was discontinued for good. The Engine Sheds started falling into disrepair. The local council was no longer interested, and it was difficult to find anyone who could devote the time and care to the building that it now required, and which it had previously provided to the engines. Gradually, stone by stone and pane by pane, the Engine Sheds lost their power, leaving only a dilapidated shell which slowly crumbled away with no protection from the elements. Would they really just be demolished in the end?

One dull morning in 2008, Peter Dahlqvist, founder of The More Hotel, stepped through the old engine shed gates. In the leaky building, surrounded by decay, where almost everything was broken and covered in graffiti, he was able to see the potential.

Despite its vast renovation needs, Peter Dahlqvist bought the Engine Sheds and started a careful restoration process. The building was taken down stone by stone. Stone by stone, the area was excavated, and a solid foundation with a new basement was put in place. The Engine Sheds’ walls were rebuilt with the original façade, now having a tremendous inlet of natural light through the old gates where the steam engines once entered. Large and beautiful iron transom windows were fitted everywhere in the resurrected building, and put their special stamp on every room in the hotel.

These days, when you visit The More Hotel, it is not easy to picture just what a transformation the Engine Sheds have undergone. The beautiful rooms are a far cry from the Engine Sheds’ hangars, built to give the engines new steam before their next working day. But when you relax on the sofa with a nice drink, lean back and gaze at the sky through the large skylights of The More Hotel, we hope that you feel as pampered as the old steam engines once did – enjoying a moment of much-needed care and luxury in your everyday life.